Rudolph de Harak’s pioneering is the pefect blend on minimalism and colour, the very essence of American Modernism. De Harak’s work remains a popular source of inspiration to designers of all ages and his many designs can be seen on record sleeves, book covers, posters and corporate identities. Richard Poulin has written the first major retrospective of American graphic design polymath and mid-century modernist master, Rudolph de Harak.

I was surprised Rudolph de Harak’s work has only just been compiled into a monograph. Do you think he was overshadowed by other American Modernist designers?

Definitely! Rudy is one of the unsung pioneers of American mid-century modernist graphic design. He had a unique and definitive point of view that was really never celebrated. This may have been attributed to his strict adherence to the formal principles of modernism and the International Typographic Style. At the beginning of his career, he eagerly assimilated its rigorous and rational ideas while simultaneously pushing the limits of his own design concepts. He was also influenced by the art movements of the era—abstract expressionism, Dada, op art and pop art. Rudy consciously and continuously explored the potential of abstraction, geometry, and color, as well as experimented with photography and various photographic techniques in new and exciting ways.

He would be the first to acknowledge that the majority of his work did not conform to the needs of the commercial marketplace. Another factor that may have contributed to his being overshadowed was that he didn’t see the design profession contained within a box. Rudy was never fulfilled working in one discipline. He didn’t find it intimidating to cross a line and go from a small book jacket to a 4,000-square-foot museum. He loved the diversity and constant challenges of the unknown whether it was books, exhibitions, furniture, or industrial design. As his work expanded into different realms it was much harder to pin down his potential legacy.

When researching for the book, did you find any pieces of De Harak’s work that were undiscovered previously?

My research for the book was one of the most exciting and fulfilling phases of the project. In late April 2021, I spent a week at the Rochester Institute of Technology (RIT) Libraries and the Cary Graphic Arts Collection (CGAC), which holds the Rudolph de Harak Collection archive. I reviewed a room full of correspondence and personal papers (1952–1997), photographs (1950–2000), writings (1948–2001), design projects (1936–1994), fine art (1963–2001), and reference materials, including over one thousand color transparencies, stored in nineteen archival boxes and several poster flat files. I came across more than a few surprises, especially among Rudy’s writings and papers: personal insights about his 50-year career; his friendships with Saul Bass, Alvin Lustig, and Will Burtin; and his recollections about his experiences in World War II and starting his career in New York City in the early 1950s.

While I was very familiar with most of his professional work, I had not seen the majority of his paintings and collages (which are included in the last chapter of the book), which he created following his retirement and relocation to the coast of Maine. During the last ten years of his life, Rudy not only painted practically every day, but also found the time to teach himself piano and clarinet (he had a lifelong love and passion for music and was a seasoned jazz saxophonist), make custom fishing rods and lures (he was also a highly skilled surf fisherman), and design and fabricate his own wood furniture.

His style of work still resonates with young designers today. What key characteristics do you think have helped his work become timeless?

One of the main reasons why Rudy’s work has held up so well is due to the modernist ideals that he followed throughout his entire career. If you look at his early work, such as the Westminster album covers or the McGraw-Hill book covers, or even his later work, like the Metropolitan Museum of Art Egyptian Galleries or the Museum Bookstore shopping bags, they’re all connected by a guiding design principle.

I believe, and I know he believed, that it was because he always looked for the essence of any design problem. He called it “the hidden order”—what the design problem was and its narrative or story—and if you paid attention to it, the solution would come to you in a very obvious and immediate way. Rather than approaching any design problem in a stylistic way, he relied upon modernist tenets and values of what that story needed to be graphically or three-dimensionally. Simplifying it so that you could engage with it in a very primal and honest way. His work was consistently reductive, symbolic, interpretive, imaginative, impressionistic, and purely of his own making. He continually relied upon ‘rational simplicity’ in his work as a means to communicate visual messages that were immediate, intuitive, and most important, emotional. Most of Rudy’s work is timeless because the visual language he relied upon we still rely upon today.

Do you have future plans to create further monographs on other modernist designers?

In the past few months I have been researching and developing a monograph on the life and work of Deborah Sussman. While she never considered herself a modernist, she was influenced by modernism due to her working with Charles and Ray Eames for close to ten years at the beginning of her career. She was much more comfortable in describing herself, as well as her design methodology, as eclectic, messy, intuitive, and emotional—the antithesis of modernism.

For anyone who missed out on the Volume first edition, where and when can they buy the trade edition?

In April 2022, Thames & Hudson announced the release of the trade edition of Rational Simplicity which will have an international distribution. Pre-orders for the book can be made at:  https://www.thamesandhudsonusa.com/books/rudolph-de-harak-graphic-designer-rational-simplicity-hardcover

Richard Poulin is a designer, educator, author, and artist. Throughout his career he has focused on a generalist approach to all aspects of design, including graphic, environmental, interior, and exhibition design, dividing his time between professional practice and academia.

For over 30 years, he was Design Director and Managing Partner for the internationally-recognized multidisciplinary design consultancy Poulin + Morris Inc. which he co-founded in New York City in 1989 with Douglas Morris. As a highly-respected educator, he taught at Cooper Union and the School of Visual Arts for over two decades, is a frequent lecturer at colleges and universities, a contributor to design publications in the United States and abroad, and a recipient of a research grant in design history from the Graham Foundation for Advanced Studies in the Fine Arts. In 2005, Richard was made a Fellow of the Society of Experiential Graphic Design (SEGD), the profession’s highest honor. His work has been published in periodicals and books internationally and is in the permanent design collections of the Denver Museum of Art, Letterform Archive, Library of Congress, and Los Angeles County Museum of Art (LACMA).

He is the author of several books on graphic design, typography, and design history which have been translated into eight languages and used by students and practitioners worldwide. His new book, a monograph on the life and work of Rudolph de Harak—Rational Simplicity: Rudolph de Harak: Graphic Designer— traces the rich and varied career of one of the masters of American mid-century modern graphic design and was released in 2022 by Thames & Hudson (London).

As an artist, his most recent solo exhibition, entitled “Visual Essays: Elemental Singularities” was at the Brian Marki Fine Art Gallery in Palm Springs, California. His fine art has also been exhibited throughout the United States and is in the collections of several private collectors. 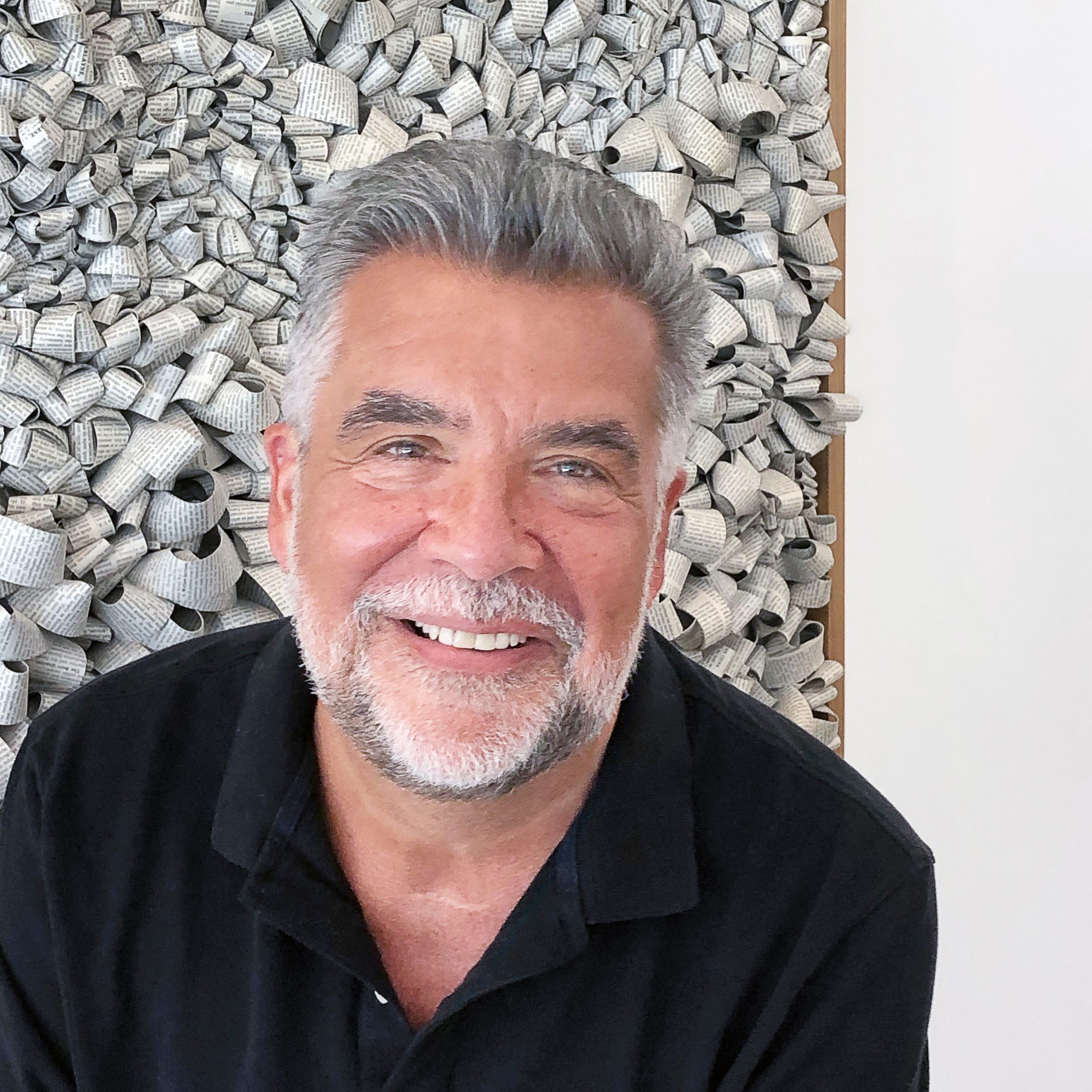 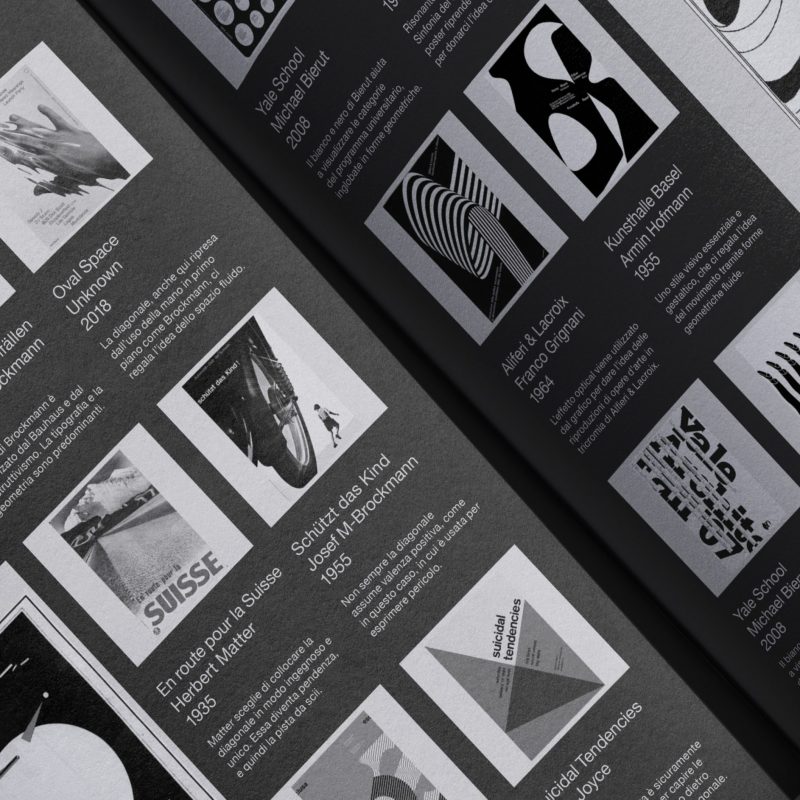 Katia Pecoraro: The dualism between system and freedom, design and life.

"Talking about myself as a designer is something that requires a powerful dialogue with my life experiences. In a radical way, I apply an exercise in which design forms become projections of life, extensions of meaning that constantly involve senses." 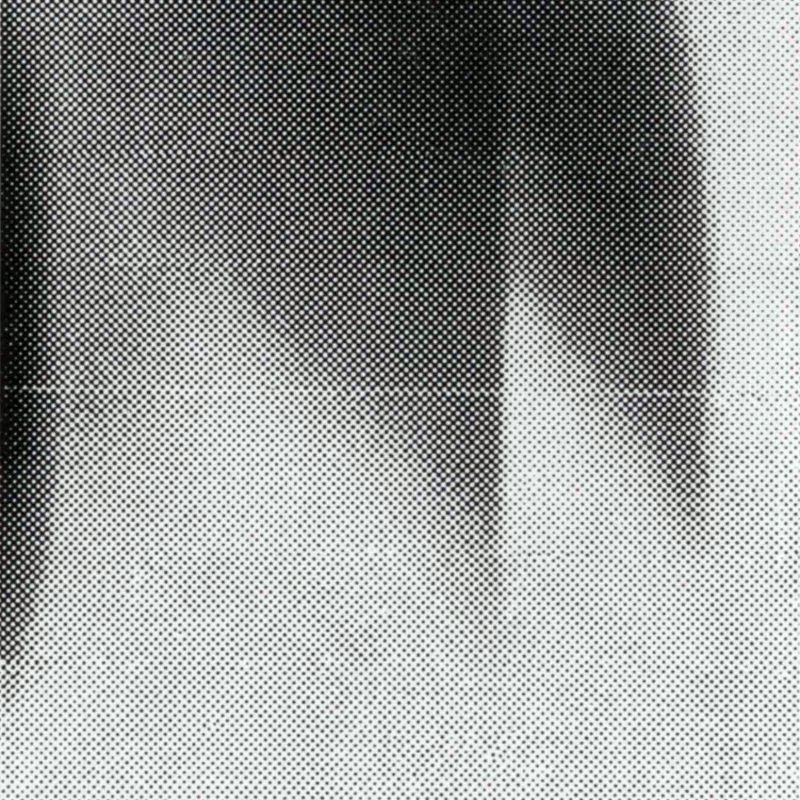 The selected posters for the Swiss Posters of 1960 award

The Best Swiss Posters Award was an annual competition, judged by a Swiss Jury. They selected a range of posters, showcasing a range of poster styles from completely typographic designs such as the work of Robert Büchler, to the illustrated posters of Donald Brun. 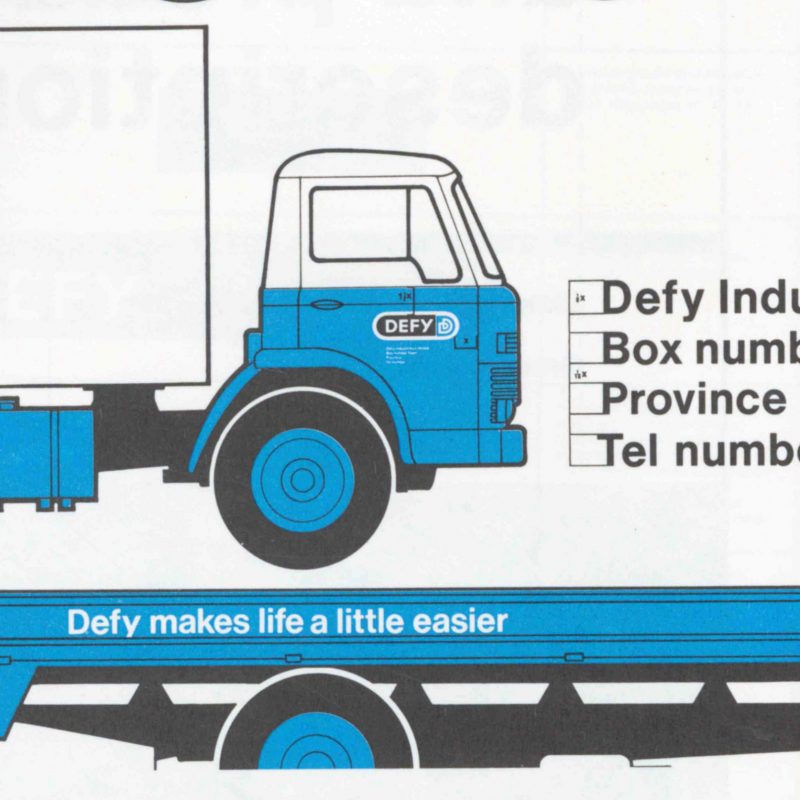 Unimark International and the visual identity of South-African manufacturer, DEFY.

The identity manual consisted of 130 pages of information and brand usage with Arie J. Geurts heading up the project as design director, (who later headed up his own design studio in Los Angeles). The identity uses minimal colour and focuses on a consistent brand blue in all communications. 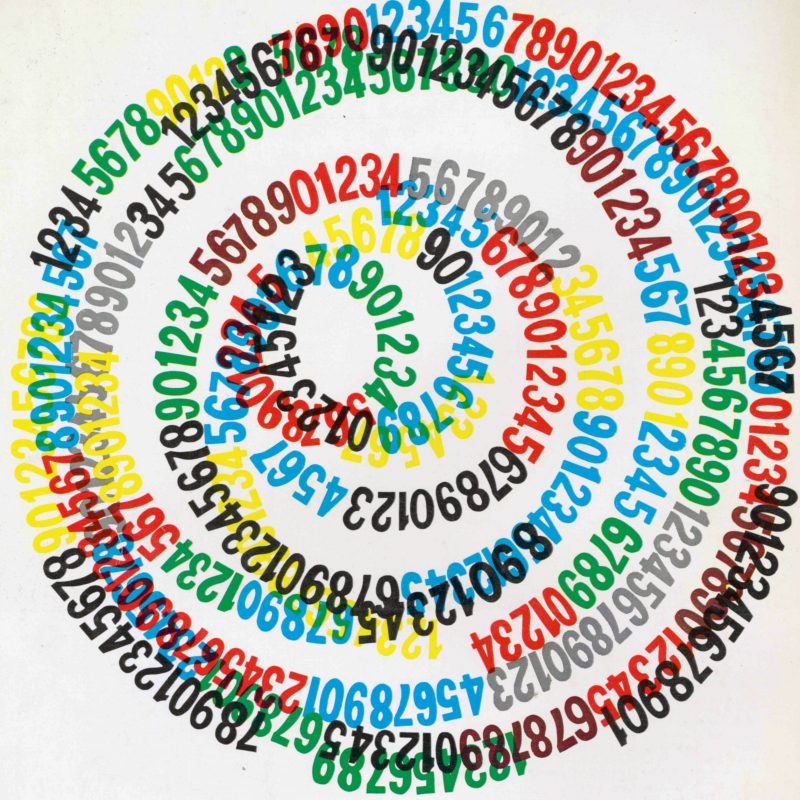 Giovanni Pintori and his definitive visual language for Olivetti

Giovanni began his work with Olivetti in March 1938, and his work was showcased in various exhibitions and had a clear distinctive style that amplified the Olivetti brand image. His design defined the company’s visual image, and the iconic geometric designs are still as powerful and engaging today as they were in the 1950s.